Eddy Sidani, our Manager, Brand & Partnerships, breaks down all things Super Bowl LV in this edition of SponsorPulse Content Series. Properties such as the NFL, the Pepsi Super Bowl Half Time Show, Tom Brady and Patrick Mahomes are discussed in detail through a sponsorship opportunity lens. 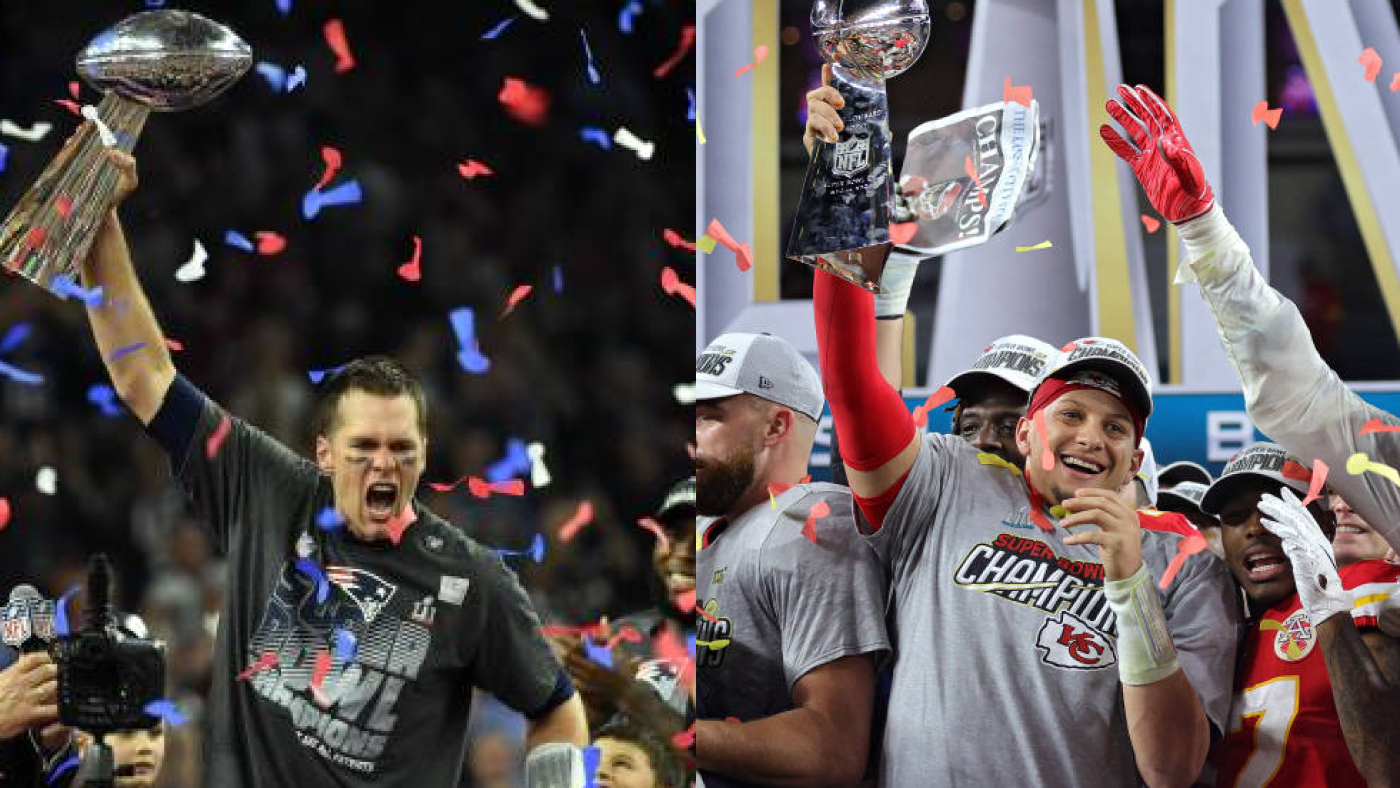 The largest annual sporting event in the USA. The Big Game. The Super Bowl.

Yes, we are all familiar with it. On the first Sunday of every February, Super Bowl Sunday brings groups of people together to socialize and get their fill of American culture. Football, pizza, beer, chips, and the largest display of consumerism (next to Christmas) that this world has ever seen. The Super Bowl, in an interesting way, almost feels like a holiday in and of itself. The event brings an economic and social impact to society that other mega-events can only dream of carrying.

For starters, let’s discuss the economic impact that the Super Bowl has on various businesses. Pizza parlors around the country prepare well in advance to support the high demand inherent with this day. Consumer electronic retailers offer some of their greatest deals on televisions and home entertainment a week or two before the Big Game. Grocery stores stock up on potato chips and other favorite foods that are ‘must-haves’ on what some people consider to be the holiest of Sundays. In fact, the Saturday before the Super Bowl has historically been the #1 or #2 consumer packaged goods shopping day of the year. Understandably so, the introduction of the COVID-19 pandemic has declined these numbers, however it is safe to say that the Super Bowl is indeed still worthy of its name.

For those unaware of what the Super Bowl actually is (not sure if these people really exist), it is the annual championship game of the National Football League (NFL). Two teams representing their respective conferences face off in a one-game final, and the winner is crowned champions of the league and awarded the prestigious Vince Lombardi Trophy. This year’s game is the 55th edition of the event (Super Bowl LV/SBLV) and will feature the Kansas City Chiefs and the Tampa Bay Buccaneers. For this week's SponsorPulse Content Series, we’ve decided to take a deeper dive into all things SBLV and discuss the various opportunities surrounding the Big Game through a sponsorship marketing lens. 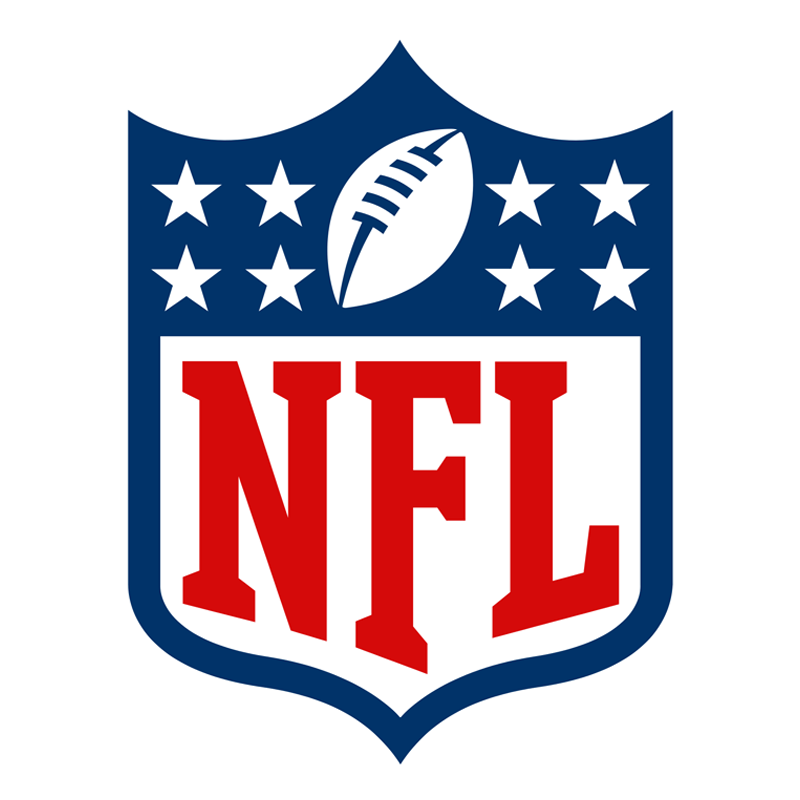 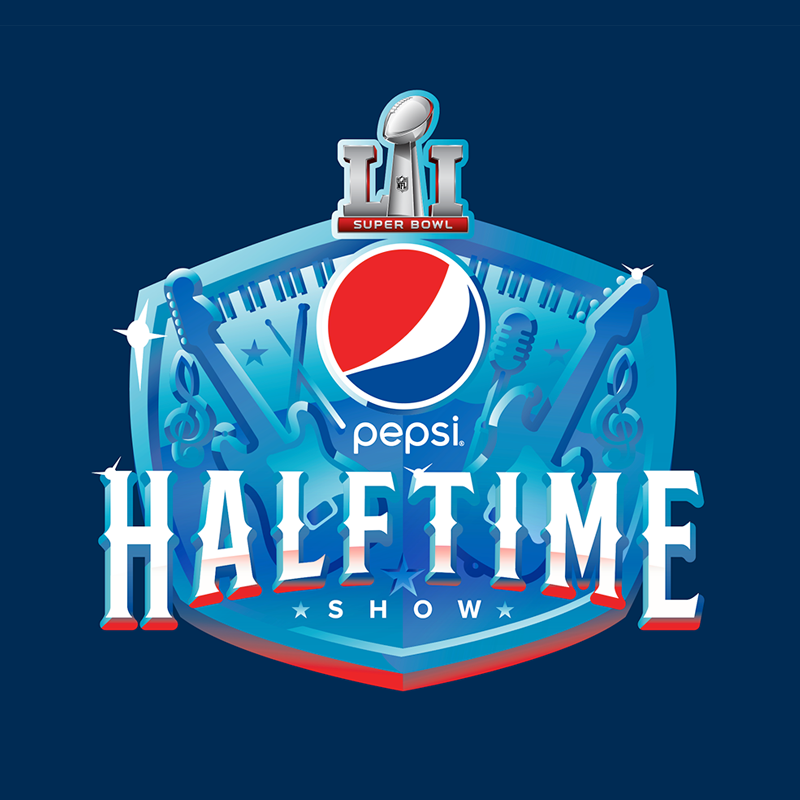 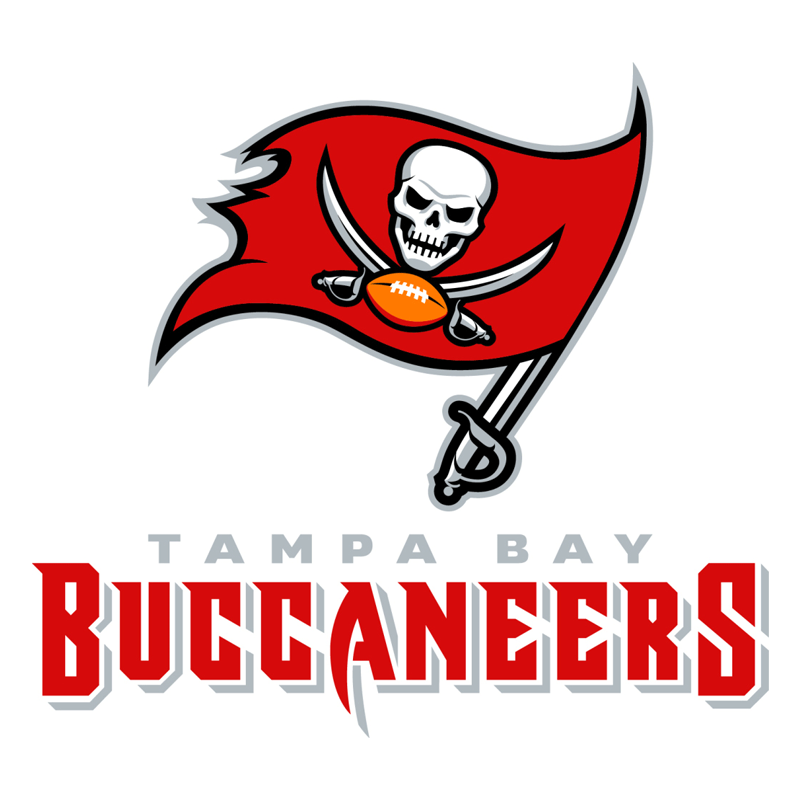 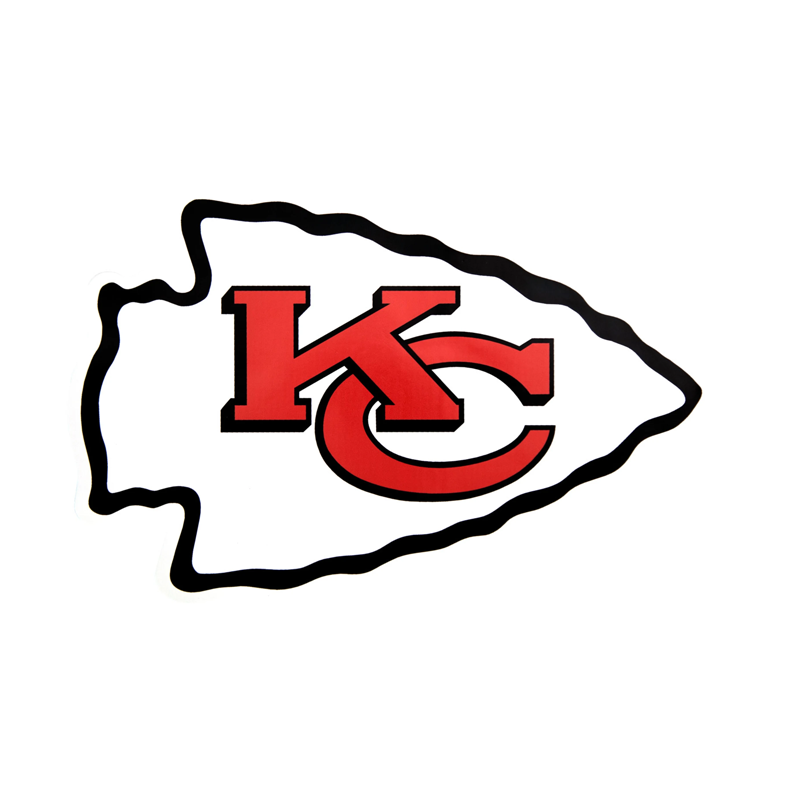 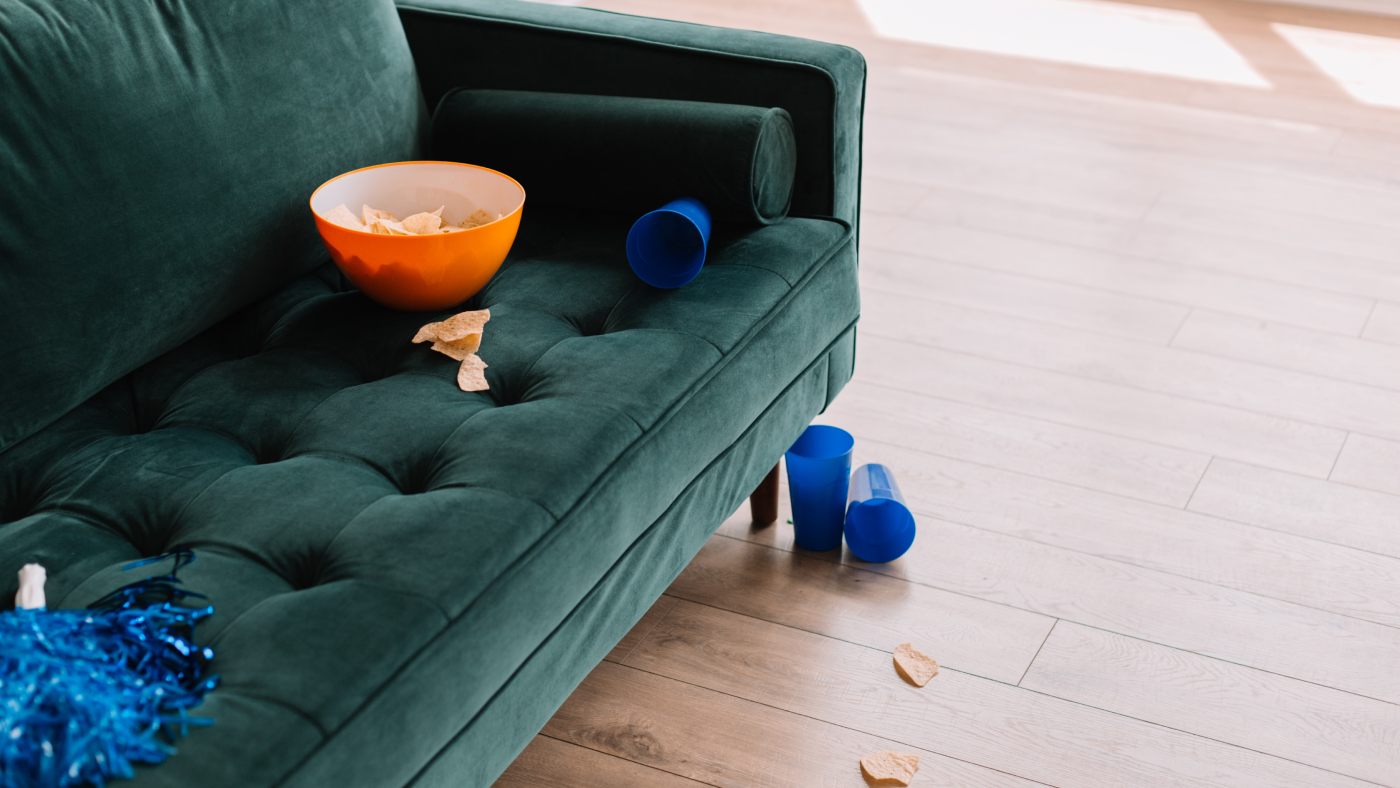 The #1 Sponsorship Property in the USA

If the previous quotation from the film Concussion (2015) does not effectively describe the sheer magnitude of the NFL, we’re not sure anything else in the world can. To better explain the significance of the major football league to the USA, we'll analyze SponsorPulse data and discuss the salience that the NFL has among American consumers.

One of the largest factors that contributes to the league’s overall value is its expansive reach. According to SponsorPulse data, 61% of Americans have engaged with the NFL at least once over the past year. That is the highest number of any sponsorship property, including the 4th of July Fireworks. Of those engaged, 59% interact with the NFL on a weekly basis, providing more frequent opportunities for sponsors to intercept and add value. To add fuel to the fire, 38% of those engaged claim their interest in the league will increase over the next year, and 54% claim to already be excited about the property and what it has to offer. Lastly, 18-20% of those engaged are more favorable of a brand that sponsors the NFL in a way that they like, and are more likely to consider purchasing the brand, product, or service because of the sponsorship.

Essentially, the NFL presents the largest sponsorship opportunity in the USA, and it is highly unlikely that will change any time soon. Pandemic or not, the NFL is symbiotic with American culture. 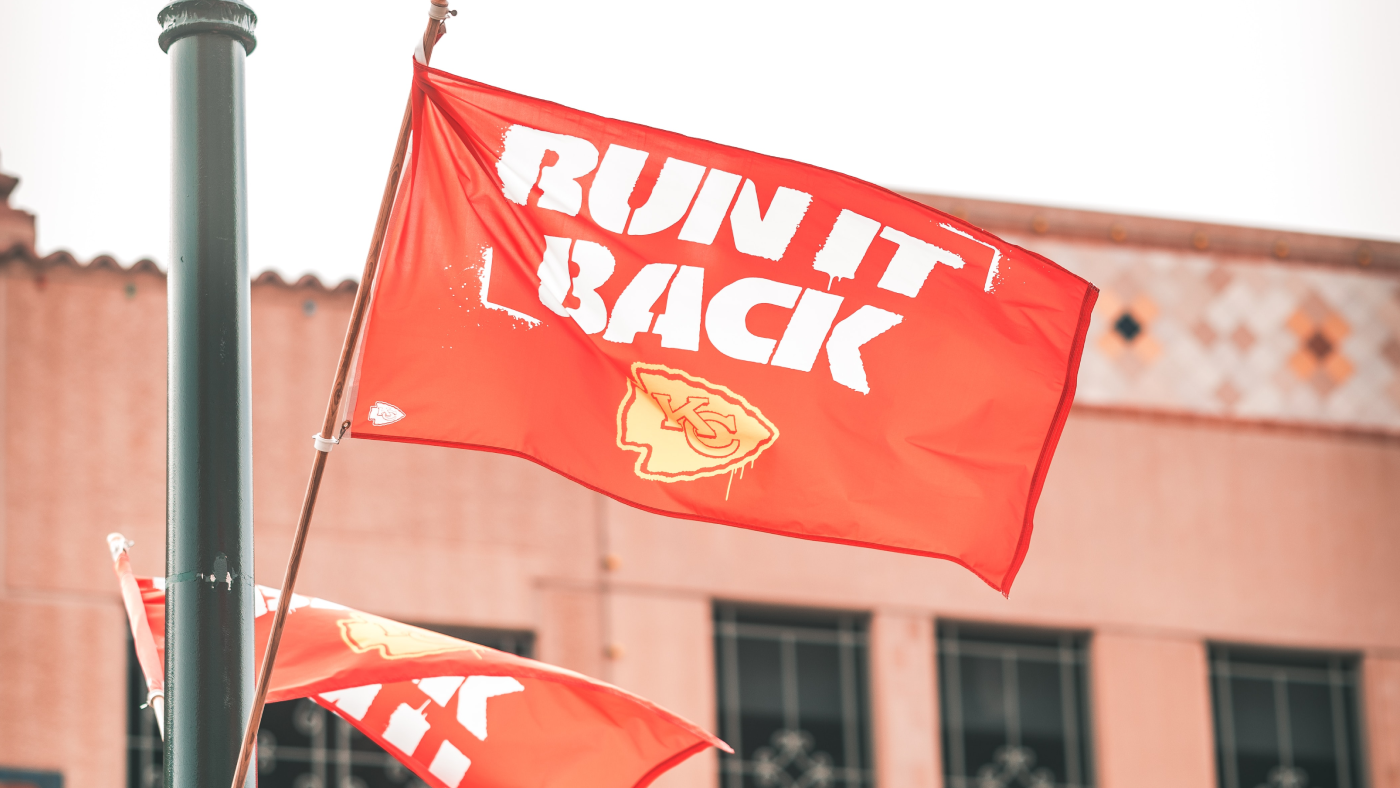 We all know at least one person who explicitly claims right at the beginning of the most-watched TV event of the year that "I don’t care who wins, I’m only here for the halftime show”. Proudly sponsored by Pepsi since 2013, the Pepsi Super Bowl Halftime Show (PSBHS) is one element of the Big Game that has truly become an ultimate spectacle. Wardrobe malfunctions, guest appearances, amazing pyrotechnics and extravagant light displays, each year the PSBHS brings something entirely new and exciting for viewers to talk about the next day at the daily watercooler meeting (or Zoom call, thanks to COVID).

Using the SponsorPulse platform, we can gauge the PSBHS as a sponsorship opportunity by diving deeper into the data. Receiving a SponsorPulse Opportunity Score of 24 in the USA, the PSBHS has been engaged by 53% of Americans at least once over the past year. 37% of those engaged are excited about the performance, and 23% claim that their interest will increase over the next year. Certainly a great opportunity for a large, single-time exposure of a brand. This year, the PSBHS will be headlined by Canadian singer and songwriter, The Weeknd.

At SponsorPulse, we don’t only measure consumer engagement among properties; we also provide celebrity reports to brands and agencies looking to learn more about the potential impact that a celebrity carries. Considering The Weeknd will be headlining the Pepsi Super Bowl Halftime Show, let’s take a look at the impact he has in his native country of Canada. According to SponsorPulse data, 72% of Canadians are aware of who The Weeknd is, and over 1-in-4 are interested in his work. 40% of those who know The Weeknd claim to like him, and 17% say they want to meet him. Measuring the celebrity’s impact on a brand, we found that 24% of those aware of The Weeknd would feel more positive about Canada Goose if he partnered with the brand. The Canadian star is followed on social media by 14% of those who are aware of who he is.

Sounds like a real Starboy if we do say so ourselves.

It has become very difficult for naysayers to continue doubting that Tom Brady is indeed the greatest NFL quarterback of all time. While that discussion may be best left for the folks writing at ESPN, we can certainly discuss the sponsorship impact that Brady carries as a celebrity. According to SponsorPulse data, 98% of Americans are aware of Tom Brady and 36% of them are interested in his work. 35% of those aware of Brady claim to like him, 28% say they would like to meet him, and 21% follow him on social media. Similar to the likes of Michael Jordan, Tiger Woods, and Kobe Bryant, Tom Brady’s on-field success has allowed him to become one of the biggest brands in sport (TB12). His status as a prominent name in the NFL has resulted in numerous endorsement opportunities with brands such as Under Armour, UGG, Aston Martin and IWC Schaffhausen (just to name a few), making him the merchandise king of the past two decades.

Patrick Mahomes II, starting quarterback for the Kansas City Chiefs and arguably the best quarterback in the NFL today, is also following in the footsteps of Brady and turning himself into a household name. Continuing to build a brand around himself, Mahomes has signed endorsement deals with Oakley, State Farm, Adidas, and Proctor & Gamble. Let’s not forget, Mahomes was ranked 26th on SportsPro’s 50 Most Marketable Athletes list, while Brady was ranked 30th. Interestingly enough, the two quarterbacks who will be meeting this weekend at SBLV were also the only two football players to crack the SP50MM list. Will Mahomes get the best of Brady once again this Sunday, or will the original merchandise king hoist the Lombardi Trophy for a record seventh time? 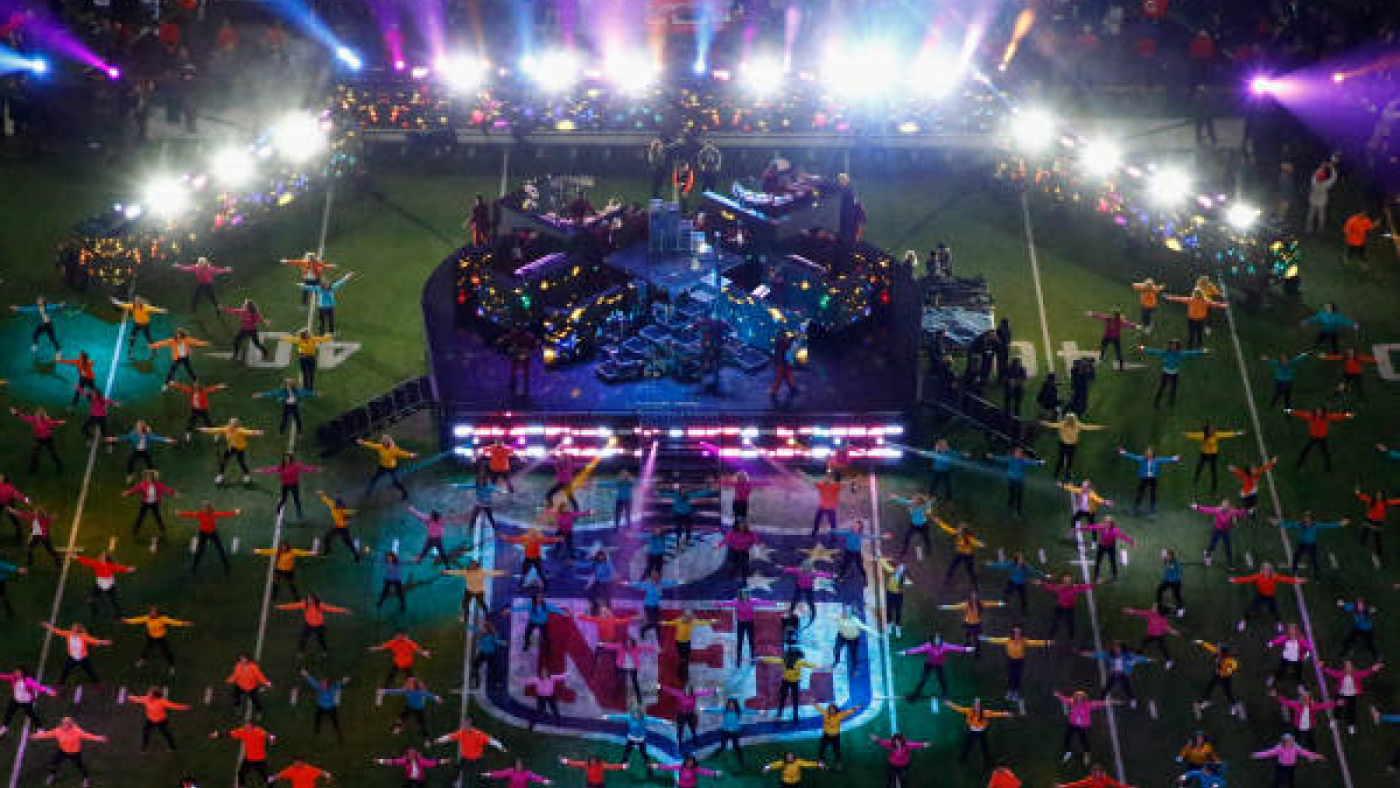 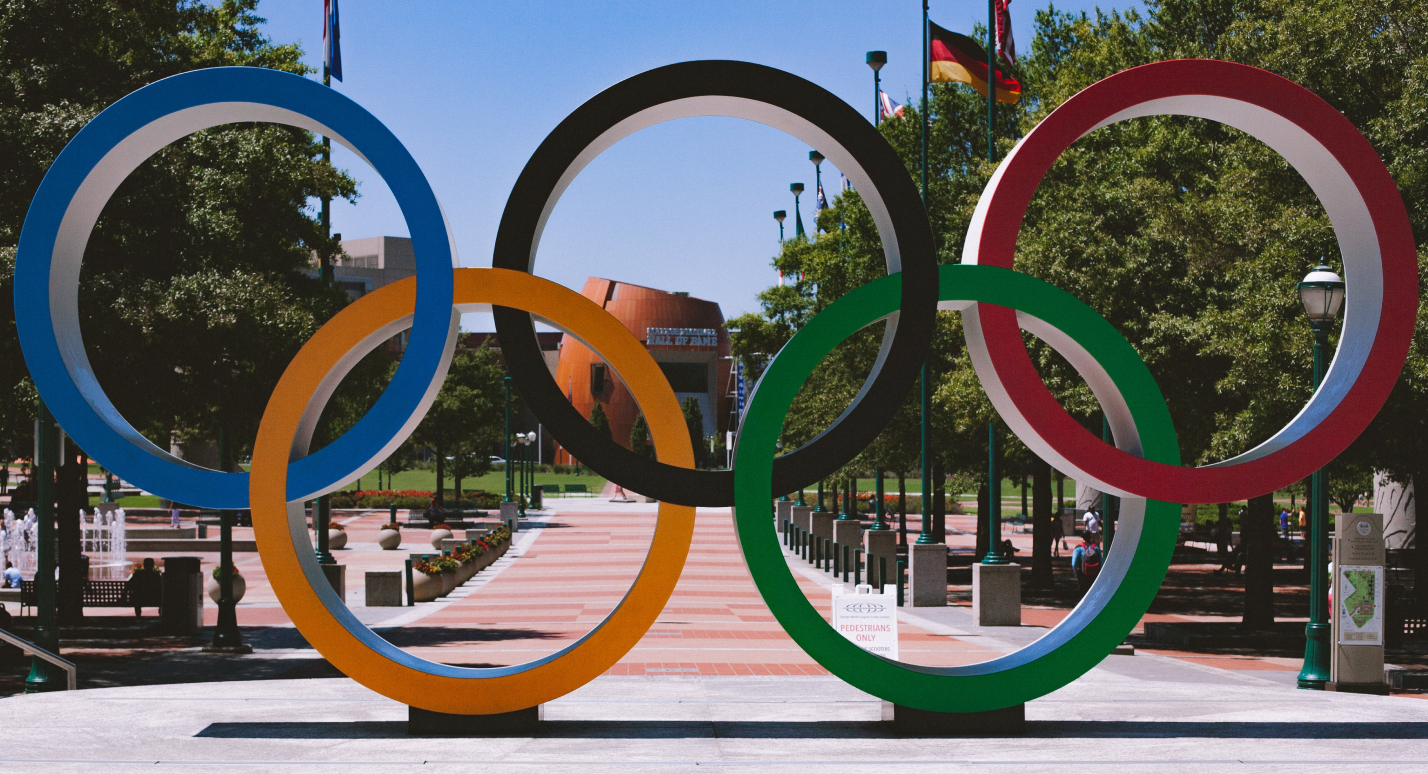 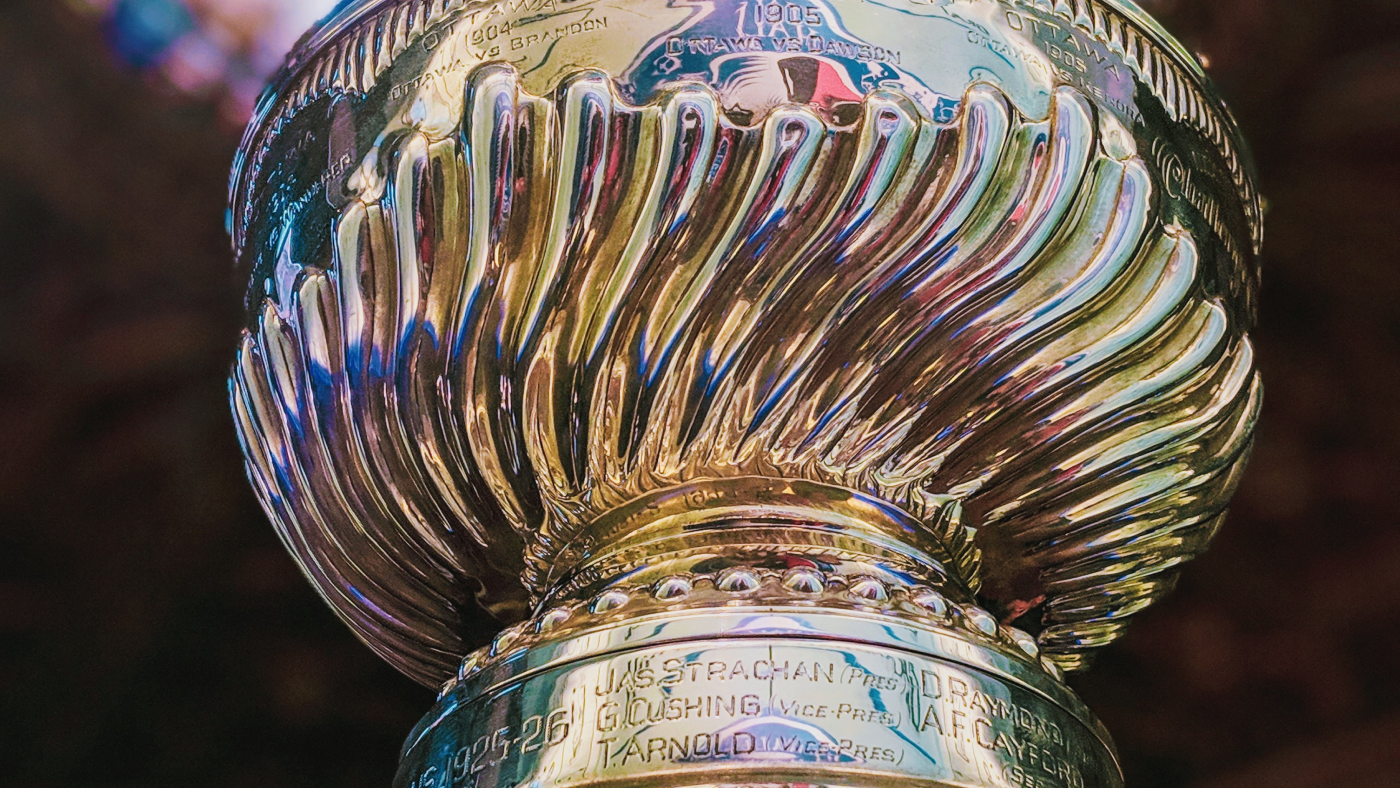 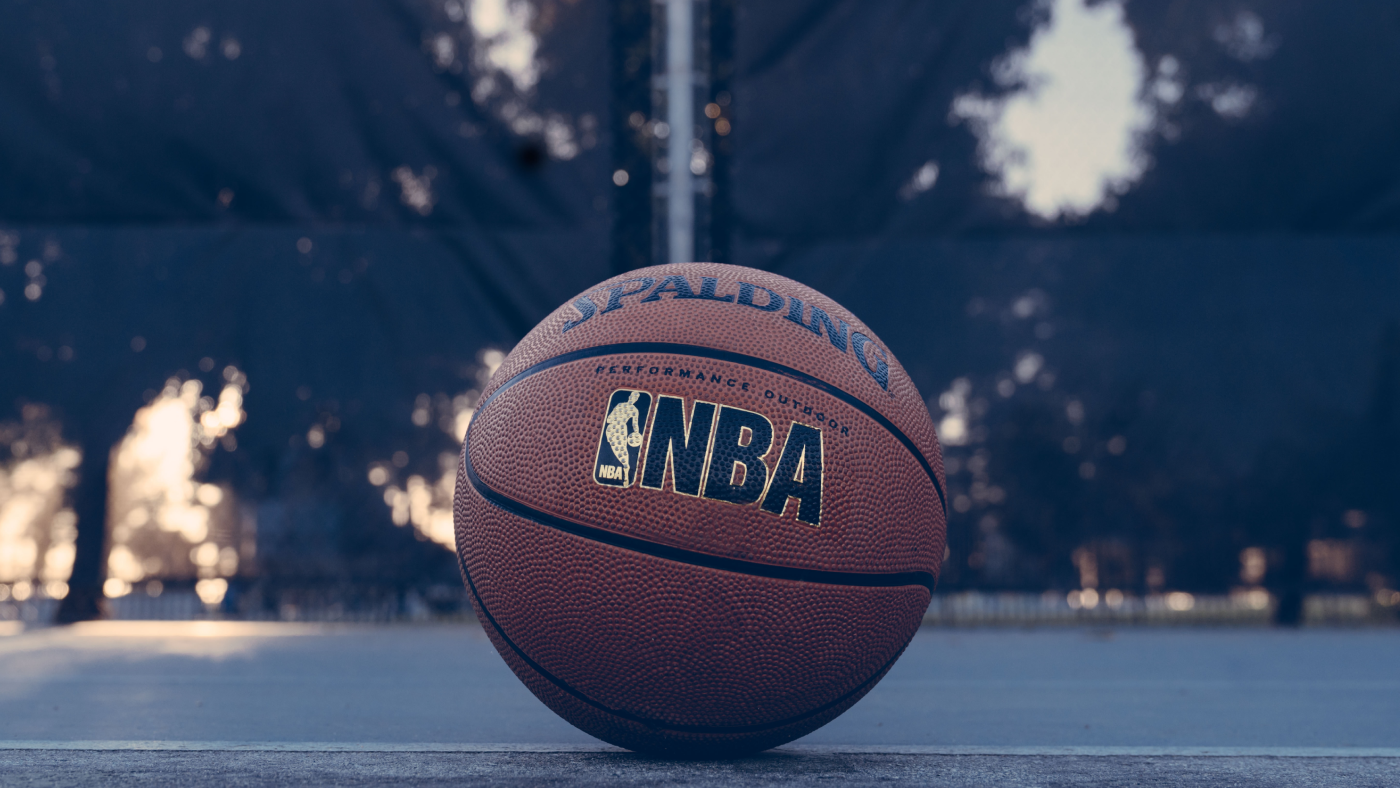 NBA generates the second-highest level of brand favorability among fans 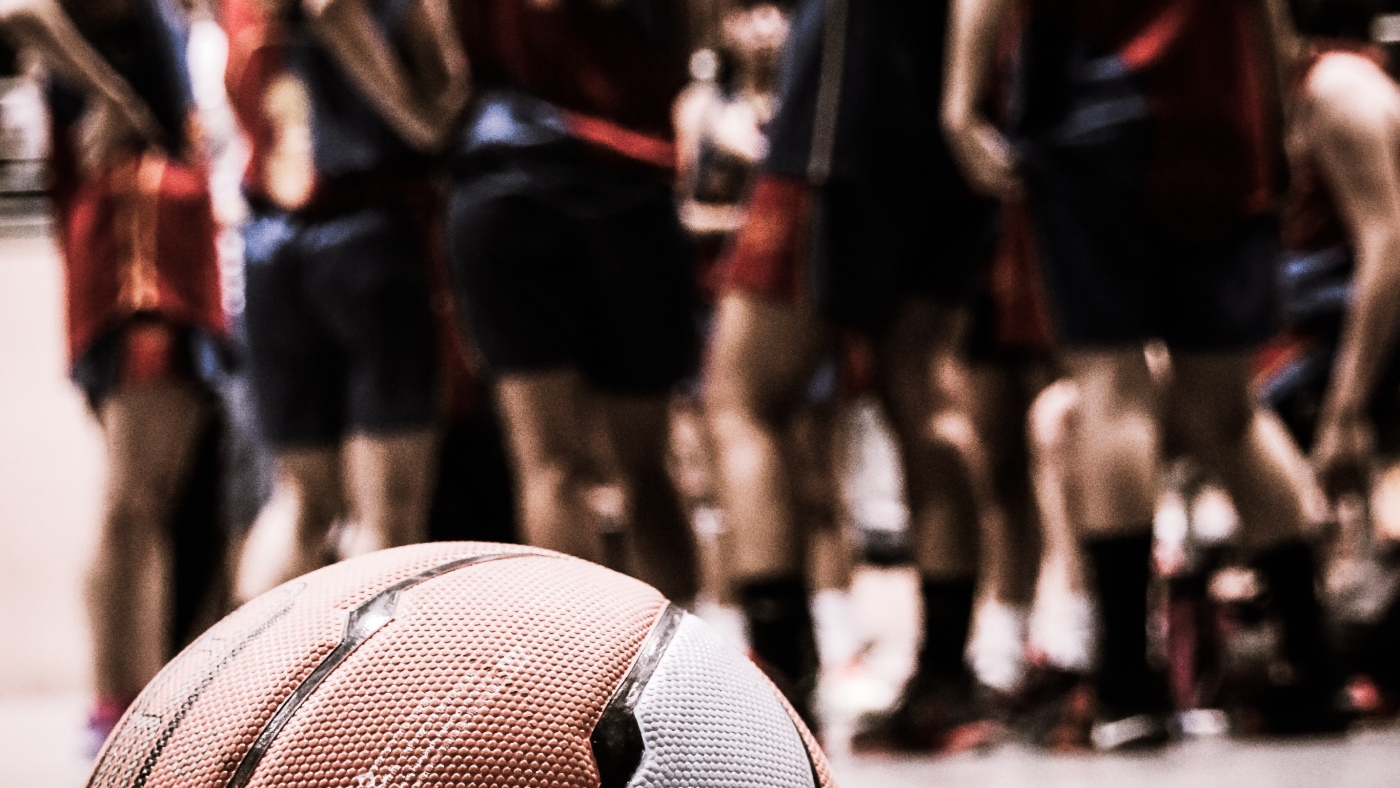